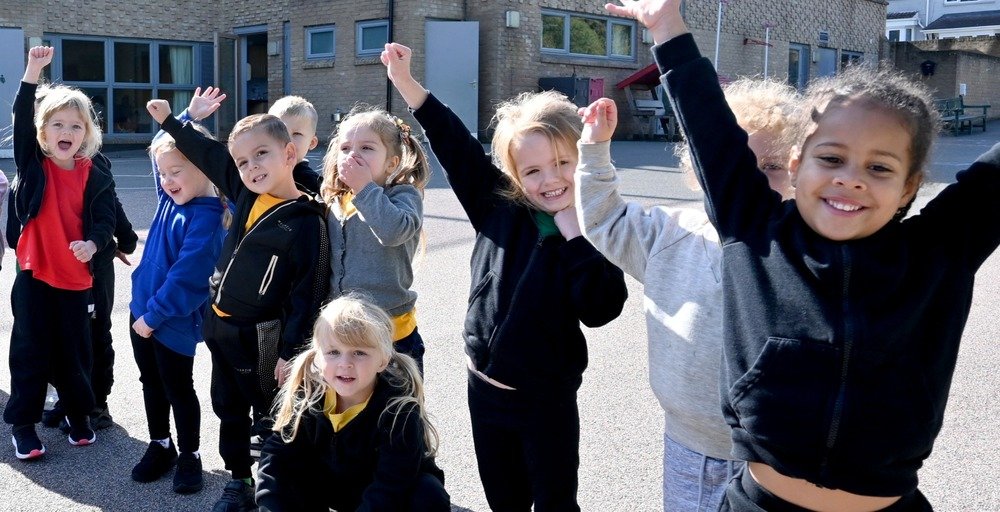 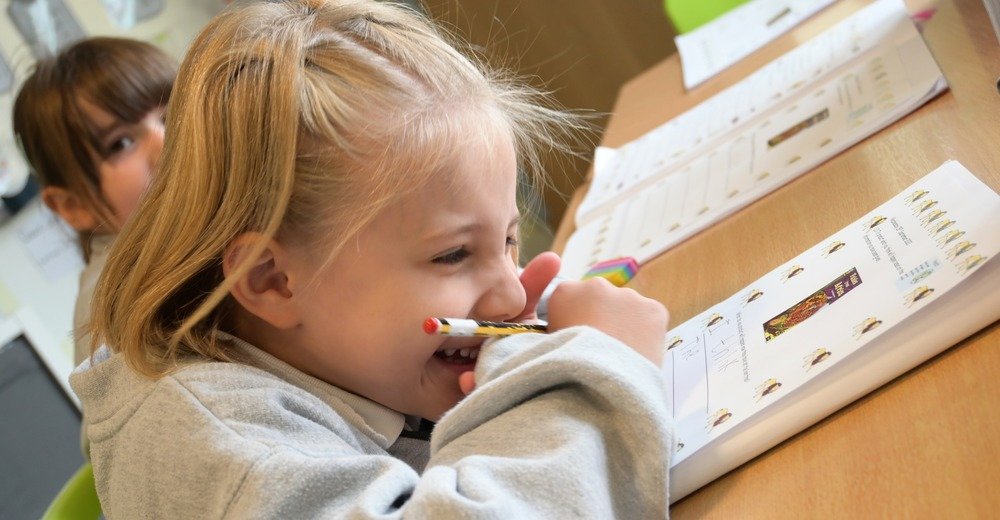 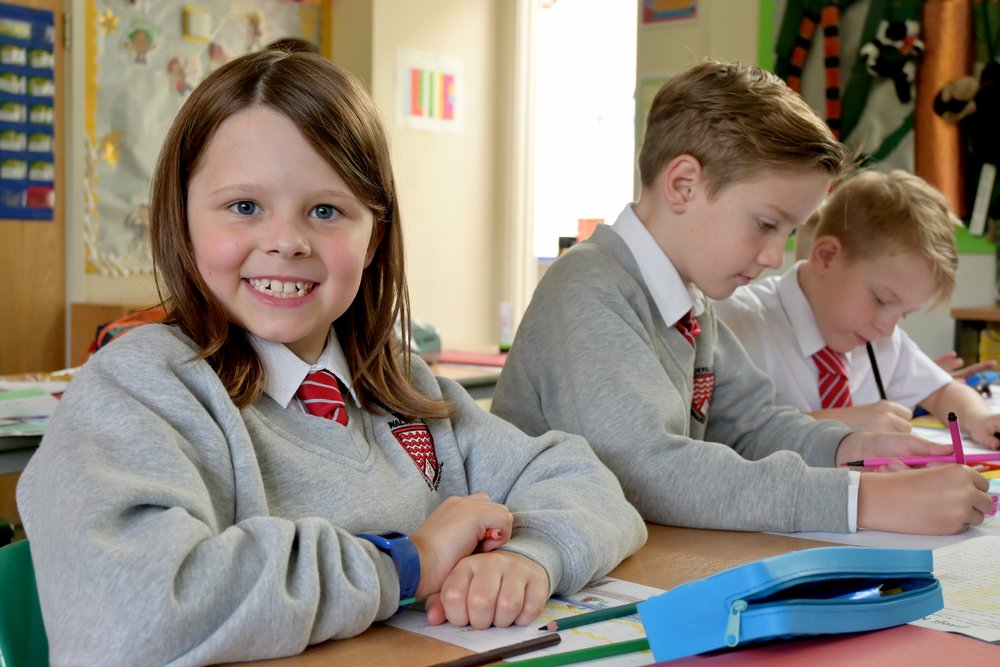 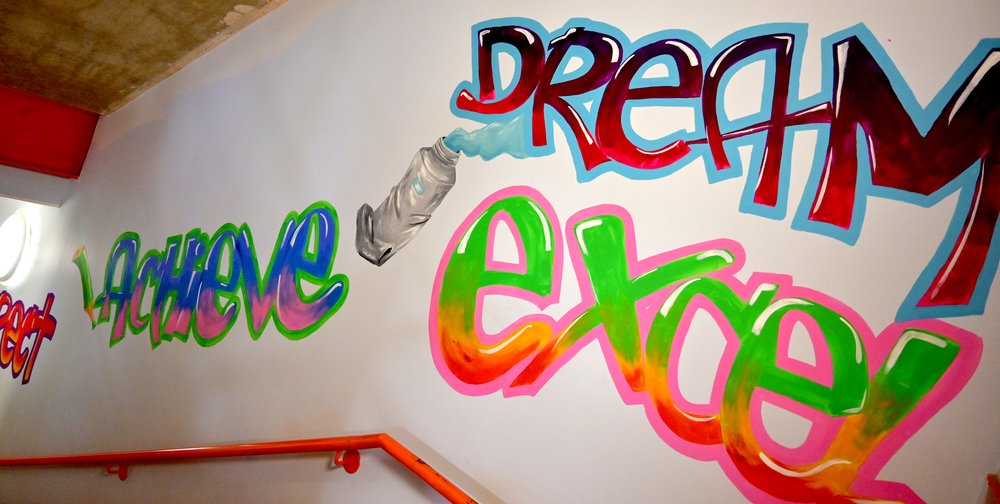 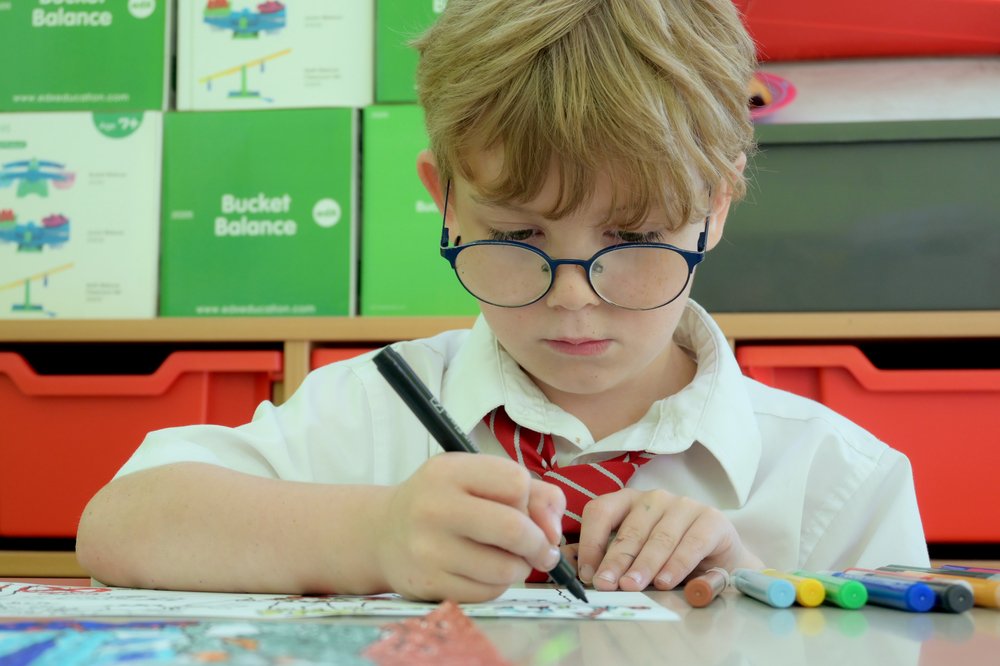 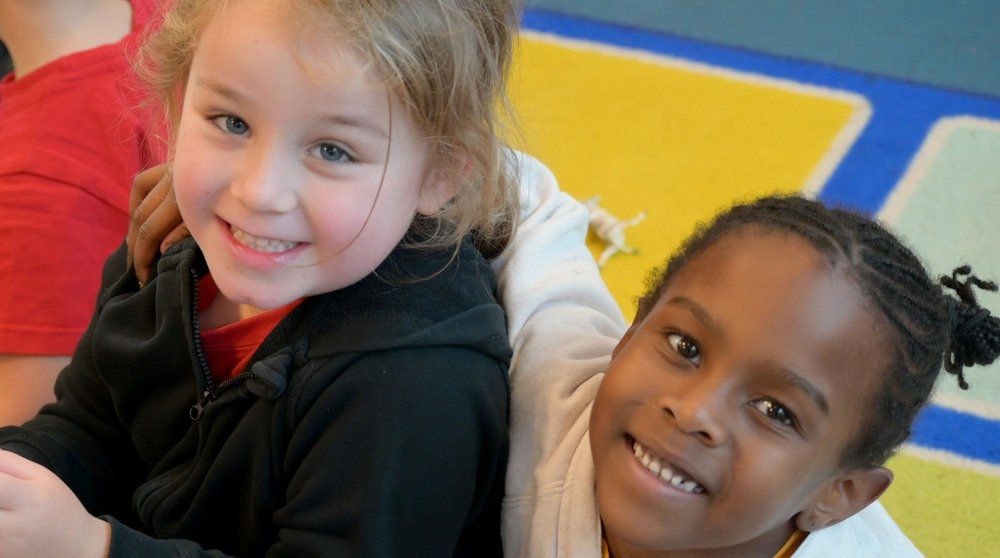 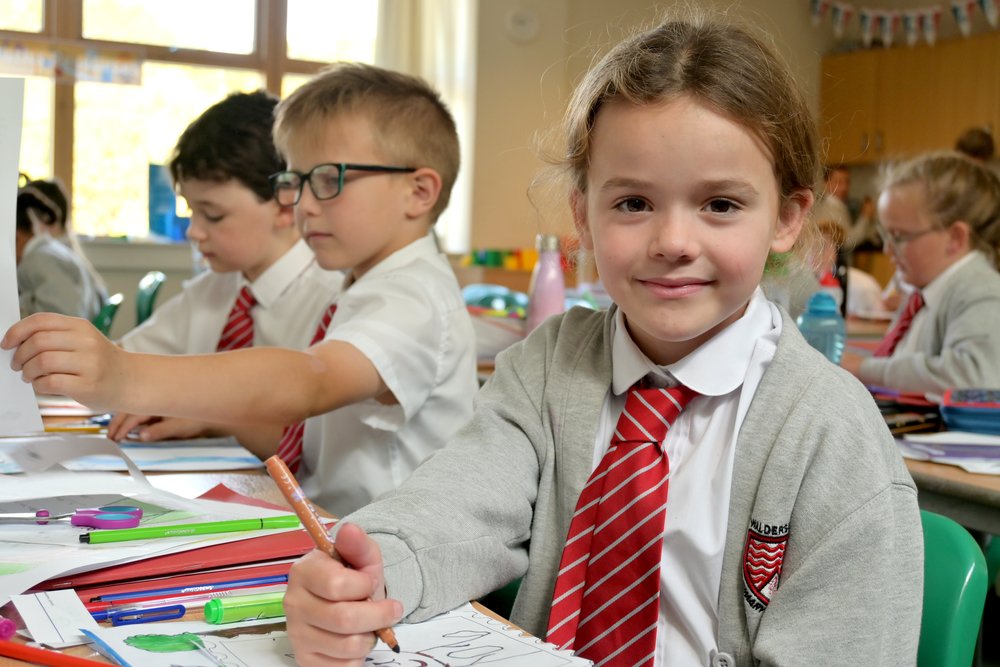 "This school was opened on October 15th 1906 by me, Hannah Elizabeth Wright".

Thus reads the first entry in our school log book. 52 children were admitted in that week and by the 23rd October, Hannah was writing, "Until the mistress has assistance, the timetable will not be strictly followed".

The school accepted children of all ages from 5 to 14, but the majority of entries indicate that it was quite some task keeping some of them at school, the School Attendance Officer featuring quite regularly in the log book. Miss Hannah Wright, Headteacher, With The First Class in 1906

Mentioning Walderslade Primary School to many people evokes the response, "Oh, the green hut school!", which indeed was the original school in its entirety, later being divided into classrooms by the addition of sliding partitions. That original building had been condemned by 1913 as unsuitable for its purpose but by 1914 there were three members of staff and the school was thriving. A Painting of the old School Hall, presented by Miss Jessie Reeve

On April 1st 1927 the school was reorganised as a Junior Mixed and Infant School and all the children who had reached the age of 12 years were transferred to Ordnance Street School. A copy of the Religious Knowledge report after the school Inspector's visit in 1927 reads, "I found the Infants here remarkably keen and bright, like the pure country air they enjoy".

In 1939, just 12 children were evacuated to Oare, but by 1940 32 more had gone to Risca, Monmouthshire, and the Headmaster, George Fletcher, was recording, "School work is being upset by the frequency of the air raids". 1949 saw the completion of the long awaited additional hut, installed behind the hall. Dargets Road and the school in the 1940s

As numbers grew, the accommodation was overstretched and eventually in 1954 the infants were removed first to Oaklands Infants School and then in 1957 to a large private house, "Bleakwood" on the Walderslade Road, before eventually the present school was re-organised to a County Primary school in 1968.

During the period between 1958 and 1968, six classrooms and two toilet blocks were built around the playground and in 1973 the original wooden hut was replaced by the present building. The Staff Room Block was completed in 1974 and the school accommodation remained the same until December 1989 when the original green hall was burned out following an intrusion during the Christmas Holidays. Temporary accommodation was installed in the playground and work began building the new hall on the site of the old building. The new school hall was opened on 15th October 1990, the 84th anniversary of the original school. Since then various other buildings have been added, (library, office, science room) and now we have a far more secure school with access through the office during the school day.

In its Centenary year of 2006 there were further changes to the school. A new IT Suite has been provided, Reception Class enlarged and a new Year 5 and 6 block built. The office was enlarged to reflect the many demands placed there. June 2009 saw more changes at the site. Medway Council announced that the school was to be rebuilt. During August 2009 the school was demolished and temporary accommodation was put in on site prior to the rebuilding of the school. At the end of May 2011, building work had finished on the main part of the school, and Years 1 to 6 moved in their new classrooms. The Foundation Stage was still under construction, but was ready in September 2011. The grand opening of the new school building took place in October, 105 years after the original school opened. The celebrations began on 14th October when the author and former Children's Laureate, Anthony Browne, visited to open the school library and the nursery building. Tuesday 18th October marked the school building being officially opened, and BBC South East News presenter, Rob Smith, came along to carry out this task in front of the pupils, staff, governors and invited guests.

We use necessary cookies to make our site work. We'd also like to set optional analytics cookies to help us improve it. We won't set optional cookies unless you enable them. Using this tool will set a cookie on your device to remember your preferences.

Necessary cookies enable core functionality such as security, network management, and accessibility. You may disable these by changing your browser settings, but this may affect how the website functions.